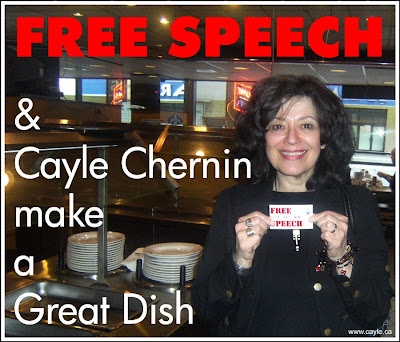 Cayle commenced her career as part of the cast of the acclaimed Canadian film Goin' Down The Road and has worked as an actor, writer, producer/director, teacher and off-line editor for the past twenty years.

In Los Angeles, she worked for Henry Jaglom as writer/actor on his second film Tracks that starred Dennis Hopper. More ...

She has produced and written a number of award-winning independent videos with funding from The Independent Film and Video Fund, OFDC, Ontario and Canada Arts Councils as well as private investment. (See Cayle Films.)

Visit: www.cayle.ca
Posted by Wally Keeler at 9:11 AM